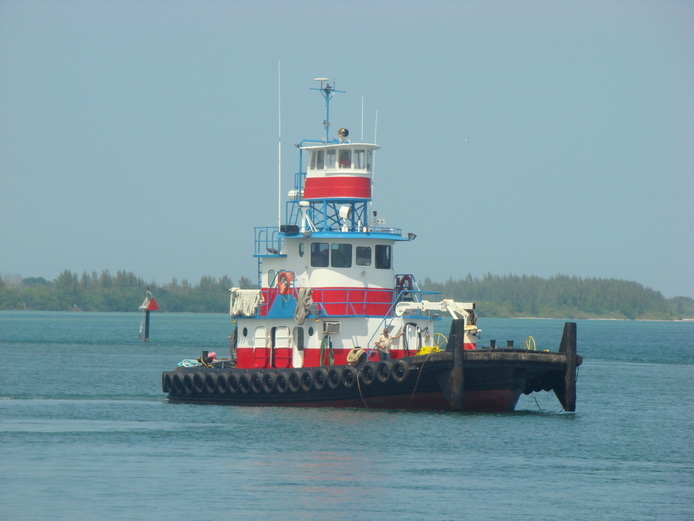 The Regina T is a twin-screw model bow steel tug powered by two 8v-71 Detroit Diesels. She is 65 feet long, has a beam of 24 feet, and has an 8 foot depth from deck to keel and draws 6.5 feet in a loaded condition. From her upper pilothouse, the operator has an eye level of 32 feet. The Regina T has been involved in dredging operations, international trade, river work, reef building, salvage operations, and various other types of deployments. The crew of the Regina T is STCW trained and is skilled in many types of operations, including but not limited to those mentioned above, both offshore and inshore. Regina T came out of dry dock in June of 2012. The wheels, shafts and cutlasses were renewed and she was fully painted.